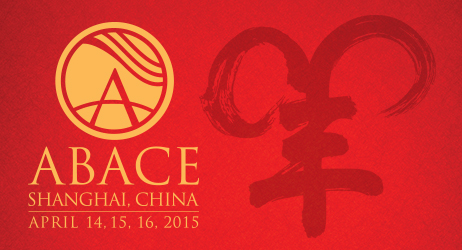 Go back to main page
Tips-Trips

The Asian Business Aviation Conference and Exhibition (ABACE 2015) takes place from April 14-16 in Shanghai, China. Here is some information for those travelling to the event.

Passengers and crew should have appropriate visas before they arrive.

A Passport and visa are required

Please have the original copy of your sponsor letter. This is the invitation letter in the case of ABACE. A sponsor letter from a local business contact is required for trips to China – no exceptions. There is a specific format for sponsor letters, so it is advised that your international trip planner or local handler coordinate the sponsor letter to ensure it is acceptable to the CAAC.

Visas can be obtained on arrival at Hangzhou (HGH), for tourist groups of travel agencies belonging to the Zhejiang Province (this covers a stay of 1 month costing CNY130)

Holders of normal passports can get a visa on arrival at Haikou (HAK) or Sanya (SYX). Passport must be valid for a minimum of six months on arrival and you must produce two passport photos. (This covers a maximum stay of 15 days costing CNY 200)

Note: Travel on a one-way ticket is accepted if visitors can produce proof of sufficient funds to cover the duration of their stay and documents for their next destination.

Passengers may take advantage of the 72-hour ‘transit’ visa. It makes it possible to stay in Shanghai visa free for under 72 hours but requires making an international arrival into the country, and proving your next leg is to a third country.

Note: this does not extend to crewmembers.

Passengers are advised to speak to their physician before travelling, particularly if they have any individual health concerns or issues.

Passengers who don’t hold a yellow fever vaccination certificate and arrive within six days of leaving or transiting any country at risk of yellow fever transmission will be subject to vaccination upon arrival.

Passengers arriving at Dalian Airport (DLC) will be either kept in quarantine for ten days or deported.

A quite limited risk of P. vivax malaria exists in southern and some central provinces.

There is no malaria risk in the urban areas.

Recommended prevention in risk areas: B; in Hainan and Yunnan: C.

Travelers who should consult their physicians about the type of vaccination necessary for them.

The minimum lead time for landing permit requests to AOEs in China is three working days before arrival.

There will be some restrictions on general aviation operations in the area during ABACE.

If you’re not an ABACE static display participant, you’ll need to park at Pudong (ZSPD), Nanjing (ZSNJ) or Hangzhou (ZSHC).

ZSNJ is roughly 45-minutes flight from ZSSS, while ZSHC is about a 30 minute reposition flight away.

ZSNJ and ZSHC are Airports of Entry (AOEs), but support services at ZSHC are more limited. Neither airport requires slots.

Both have high-speed train access to Shanghai. From ZSNJ it takes two hours, from ZSHC it takes about an hour.

ZSNJ and ZSHC are in the proximity of some good options for hotel accommodation, as well as local transport options.

Landing: 2-3 hours ahead or 6 hours postponed

Aircrafts except those attending ABACE are not allowed to park over 24 hours during 01APR-09APR, 13APR-14Apr and 18APR-22APR.

Parked flights that cannot provide confirmed departure schedule from ZSSS are required to ferry to another airport before and including 10APR.

Aircrafts except those who are attending ABACE are not allowed to park over 24 hours during 01APR-09APR, 13APR-14Apr and 18APR-22APR.

Parked flights that cannot provide confirmed departure schedule from ZSSS are required to ferry to another airport before and including 10APR.

UAS can get special parking permission at ZSSS for those aircraft not attending ABACE.

For ZSSS both Truck browser & Hydrant are available, but the type will depend on the different parking stand.

One aircraft shall not occupy more than 2 (inclusive) slots during the period (0000-1359UTC) at the same day.

One aircraft shall not occupy more than 2 inclusive slots during the period (0000-1359UTC) at the same day.

Expect some delay on the first and last day of ABACE as lots of aircraft will depart from ZSSS.

No significant NOTAM at this time.

Within 2km of Pudong International Airport:

Within 3km of Pudong International Airport:

The airport is also served by the metro network.

Next Sunday sees the highly anticipated, high-speed 2015 Italian Grand Prix take place at Monza. This historic circuit was part of the inaugural season of Formula One in 1950 and has remained a permanent fixture ever since. It is considered…