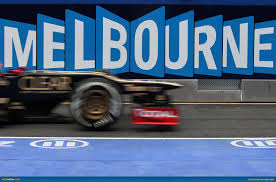 Go back to main page
Tips-Trips

The 2015 Formula 1 Australian Grand Prix gets underway in Melbourne on March 15. Here’s what you need to know if planning on traveling to Albert Park, Melbourne for the Grand Prix action.

Passengers will require a visa to enter Australia. This must be issued prior to arrival by Australian missions overseas; travel agents; or at www.immi.gov.au

There is an exemption for holders of an : traveling as tourists or on business, obtained prior to departure for Australia.

If you hold an electronic Visa remember that it is verified using Australia’s Advance Passenger Processing (APP) system. This requires the details of the travel document that contains the visa.

A passport is required for any flight crew entering Australia.

Operational Crew must hold a valid passport; an Airline Identity Card and be registered with a Crew Travel Authority (CTA), which can be issued online at www.immi.gov.au

Positioning Crew must hold a valid passport; and a Crew Travel Authority (CTA); and a letter from the employer certifying that the person is an aircrew member, stating the purpose of travel and the arrangements to leave the country.

Note: Admission of visitors arriving from Guinea, Liberia or Sierra Leone or who have recently visited those countries is subject to prior approval from Entry Operations Center (EOC).

No Airport Tax is levied on embarkation at the airport

Note: Any congestion is hard to predict, variables such as weather and aircraft diversions can affect things very quickly.

Albert Park is in the Australian state of Victoria.

Albert Park is accessible by using Port Road which links the suburb to Port Adelaide and Adelaide city center, and West Lakes Boulevard, which connects Albert Park to the shopping facilities at West Lakes.

Albert Part is 3 km from Melbourne.

Here are a list of cities within 5km of Albert Park:

Visitors can choose from three forms of regular public transportation.

Flight Operations to the Airport Show 2017 UAE: Planning an operation to any of the UAE's most popular airports? The airport show is taking place at DICEC in the United Arab Emirates from May 15-17, during which the Global Airport Leaders…