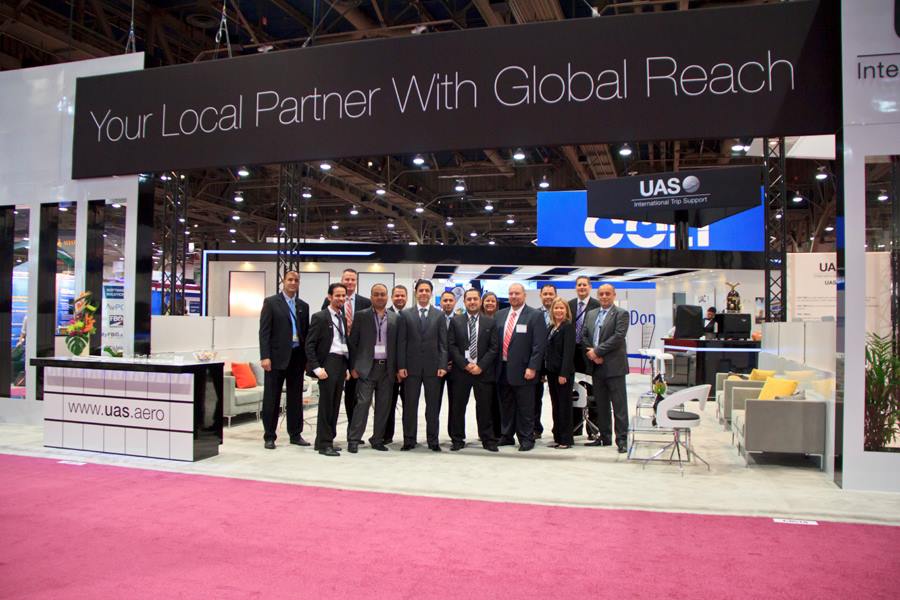 NBAA 2013 Las Vegas Kicks Off: UAS International Trip Support representatives will join hundreds of business aviation stakeholders – operators, OEMs, vendors, associations and service providers – this week at the National Business Aviation Association (NBAA) 2013  and Exhibition in Las Vegas. The annual convention is the sixth largest tradeshow in the US drawing more than 25,000 visitors. UAS intends to capitalize on this opportunity to further establish itself as a partner, resource and advocate of business aviation.

NBAA 2013 is buzzing with anticipation of new aircraft and technological innovations. NBAA President and CEO Ed Bolen emphasized that regardless of the economic challenges and government uncertainty, the industry has invested in new products and equipment, some of which are coming to market this week. “There’s a lot of enthusiasm about these new technologies and airplanes, and I think that’s what really sets the mood,” he stated.

UAS will be among these innovators as it sets up to release its cutting edge UAS Trip Management System (TMS), a web-based and mobile trip management application that will give customers real-time access to UAS’s wide range of business aviation services. A live demo and presentation will be conducted at a press conference held on Tuesday, October 22, at 11:00 am in Press Room 3 / N117.

Other note-worthy NBAA 2013 announcements include:

All non-UAE based operators must now register their fleet details with the UAE General Civil Aviation Authority (GCAA) under a new requirement. Foreign registered operators conducting commercial flights into the UAE must comply in order to be issued with a unique…

UAS is pleased to announce the implementation of its new wave technology:  UAS Trip Management Systems (TMS); an enhanced web-based trip management system. In accordance with our customer-centric position, UAS continues to invest in technological progress aimed at simplifying and…