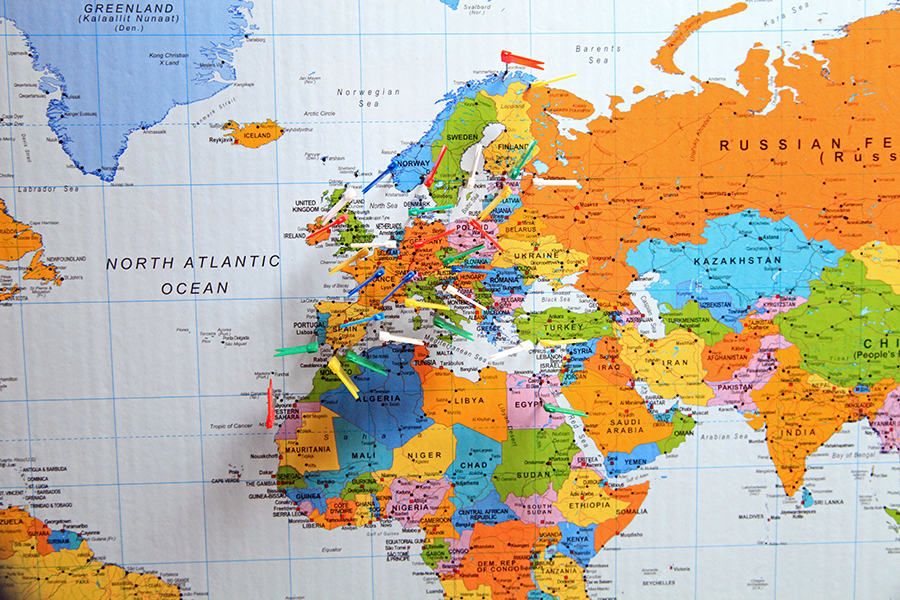 When trying to drive operational cost efficiency, a typical airline operator will often struggle with conflicting objectives. Operational questions could be; should we save cost by being light, or be reducing carbon emissions by optimising weight? Or, do we need to save fuel, time or money? Or, are there any conflicts between crew duty hours and customer service?

As well as these, for a business aircraft operator, a planning question may also be; should we use the prestige airport, risk a delay, but be nearer the city; or a smaller airport, have more chance of being on time, but be further from the passenger’s destination? Be they pilots, directors, or flight dispatchers, these are questions which aircraft operators consider every day – all over the world.

If we apply this to the busiest, most complicated and most tightly regulated airspace in the world – the 44-countrries of the European Civil Aviation Conference – then the overriding guideline for most operators, is – do it safely and legally, but just make it happen. In other words, be prepared to compromise.

This need for compromise is central for the Operations team in any of Europe’s many business and executive aircraft operators, where compliance and cost-efficiency matter, but time and service – will often take priority.

With this in mind, the job of planning operations in Europe is a careful balancing act, by finding the right airport, FBO and route options, but also being careful to optimise the balance between cost and convenience. It is as much about service optimization than delivering perfection at all times. Most pilots and passengers understand this, but getting the balance right every time is rarely easy.

A major reason for this is that aviation in Europe is so heavily affected by air traffic volumes. Because of this, the 44 nations that make up ECAC, as long ago as 1994, surrendered local control of en route traffic flow regulations and are now subjected to flow control as we explore below. Also, for a long time, this has meant that business aircraft operators find it difficult or impossible to get into airports like Heathrow, Paris CDG, Rome FCO and Frankfurt. But what not all operators appreciate is that, due to the volumes of en route traffic, it also affected operations from lower-volume airports.

Unique to Europe is the centralised coordination of Air Traffic Control (ATC) by managing traffic flow rates across multiple countries, and imposing departure slots known as CTOTs (confirmed take-off times) on any flight which will hit a ‘bottleneck’ or flow restriction at any point along the planned route of flight. If the traffic at a certain point exceeds the available capacity, then a restriction is imposed: this is called a regulation. This is all managed by one of global ATCs largest organisations, Eurocontrol, from its twin centres near Brussels and Paris.

Often CTOT delays apply regardless of the airport of departure, and can rarely be forecast with any real accuracy. On top of this many major European airports are regulated, which means that the local airport ATC service issues a ground slot with a narrow window of deviation. However, this does not guarantee on-time departures, as the all-powerful CTOT overrides an airport slot and will hold an aircraft on the ground purely because of a regulation down-route, possibly in a country many hours’ flying from the point of departure.

To try and anticipate this and plan avoidance routes, Dispatchers can use the up-to-the-minute information provided on Eurcontrol’s NOP website, known as the Network Operations Portal: https://www.public.nm.eurocontrol.int/PUBPORTAL/gateway/spec/

If cost avoidance is the key driver, then account must also be taken of the relative cost of navigation charges between parallel route options. This is because although en route control is regulated centrally by Eurocontrol, overflight charge rates remain in the hands of individual countries (although billed centrally by Eurocontrol). Other factors to consider are the effect of the OTS ‘NAT Track’ structure, and the numerous restrictions across the Middle East and Ukraine now, which influences route selection across Eastern and South Eastern Europe.

Nowhere in the world is route selection so influenced by ATC as in Europe. Not only is this in live operations, but also in pre-tactical planning. This information is well-known to operators and embedded in-flight planning systems, and is known as the RAD or Route Availability Document. The RAD specifies particular airways or waypoints for use by specific city-pairings or origin/destination sub-regions. There are also many major airports which require early vertical descent profiling – much of which flight planning systems do not currently capture.

All this has one significant outcome. While the Dispatcher, using his/her flight planning system can plan ETA/ETDs and on route times, and the pilot does their best to fly it, it will be ATC that determines not only the actual flight time but also ATA/ATD. With careful planning, however, delays can be anticipated and reduced.

In a later article, using examples from key European markets, we will explore further how Operators can reduce delays, using the NOP Portal and other tools, but also by one significant opportunity: European airport selection.

Spanning Europe and Asia and nestled between the Caspian Sea and the Caucasus Mountains, Baku is about to become the latest location to host Formula One. The capital city of Azerbaijan will provide what's predicted to be the fastest street circuit…

Back in 2012, the General Civil Aviation of the UAE (GCAA) introduced a mandatory Advance Passenger Information (API) requirement for all passengers and crew arriving to and going from the UAE. The objective is to provide the concerned UAE government…