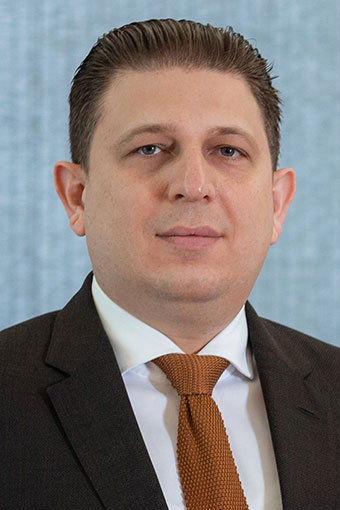 As Executive President, Mohammed Al Husary sits at the helm of UAS International Trip Support. He is also Co-Founder of the now global organization that he began building fifteen years ago while in his early twenties.

Since childhood, Mr. Al Husary has been immersed in aviation. His father, Hisham, was a pioneer of aviation in the 1950s, instrumental in the development of civil aviation infrastructure in many countries in the Middle East. This drive and passion passed from father to son.

A pioneering aviation expert and corporate strategist, Mr. Al Husary is responsible for formulating and implementing UAS’s corporate strategy, global growth and service sustainability. He is a frequent keynote speaker on industry issues at international events and a media contributor on topics from aviation safety, international standards and operations development to executive management, leadership and entrepreneurship.

Mr. Al Husary received a series of industry accolades including the Lifetime Achievement Award at the Sapphire Pegasus Business Aviation Awards 2018 and was named in the National Business Aviation Association (NBAA) Top 40 Under 40 for his leadership and business management skills at the helm of UAS.

Believing strongly in serving the wider community, both as a business and a social entrepreneur, Mr. Al Husary sponsors a wide range of philanthropic social initiatives. He is also Chairman of the Al Husary Group, overseeing a portfolio of diverse holdings and subsidiary companies, and an affiliate member in the Royal Aeronautical Society in the UK, selected as an honored member of the Who’s Who historical society in 2005.

Mr. Al Husary holds a Master’s of Science, Aviation and an Executive Master’s in Business Administration. In 2019 he began a three-year educational journey in the Owner/President Management Program with Harvard Business School in Boston.